He is a Professor of Civil Procedure and International Arbitration Law at the Democrition University of Thrace. Professor Calavros heads the litigation and dispute resolution department of the Firm. He specializes in national and international litigation and arbitration. He has represented numerous clients before national courts of all degrees, the European Union Court in Luxembourg and the International Chamber of Commerce (ICC).

Professor Calavros also deals with restructuring and companies' reorganisation, outsourcing and insolvency procedures. He has supervised and advised on some of the largest and most high-profile deals in the Greek market that range from corporate reorganisations to debt restructuring (including distressed debt and NPLs), and formal insolvency such as bankruptcy, judicial composition or liquidation. In this regard, he has acted as an advisor to Greek state controlled companies, Greek Government and ministers, especially in relation to privatization initiatives.

Professor Calavros acting as an external advisor to the Greek Association of Pharmaceutical Companies (SFEE) has also obtained in depth experience in pharmaceutical law and competition law matters.

Professor Calavros has been a member of various drafting committees which have revised Greek Civil Procedure Code. 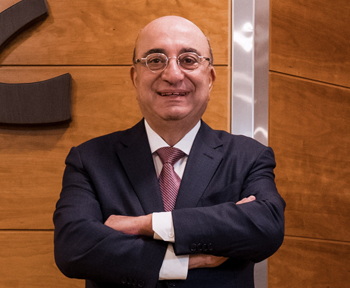